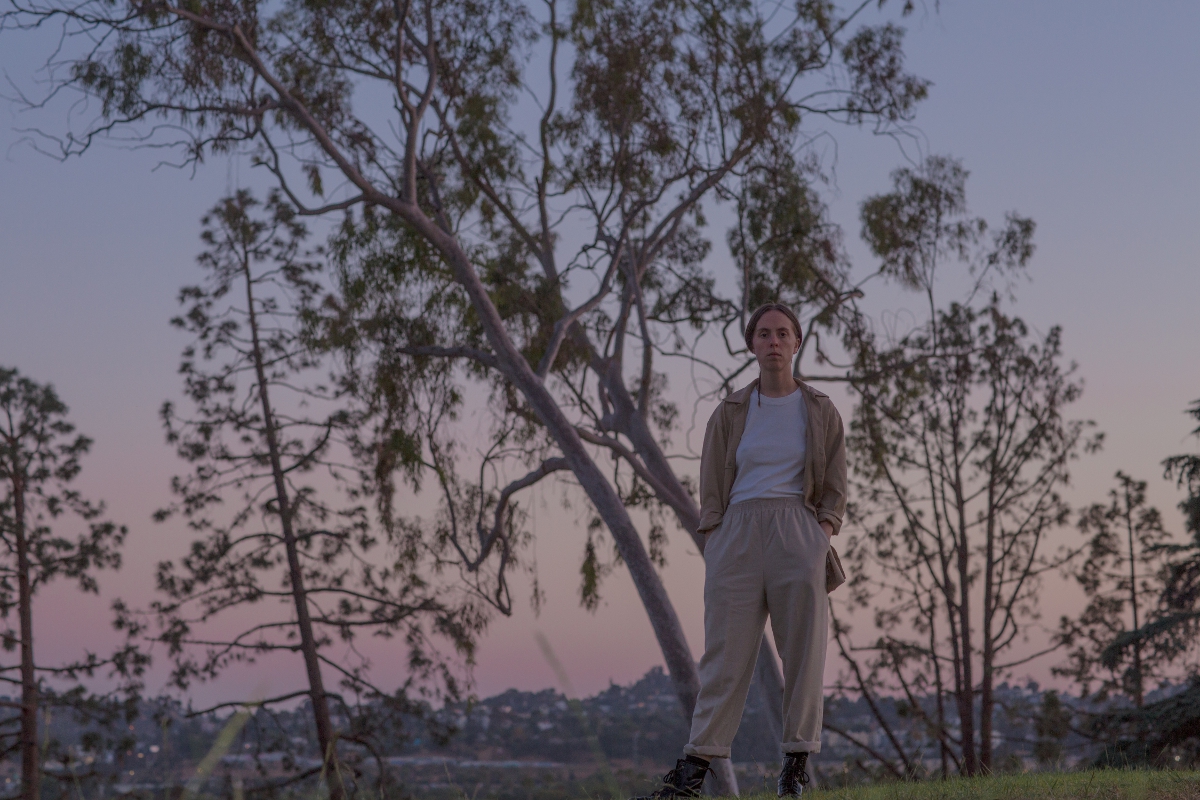 Meg Duffy grew up in a small town in Upstate New York and they cut their teeth as a session guitarist and touring member of Kevin Morby’s band. The Hand Habits project emerged after Meg moved to Los Angeles; it started as a private songwriting outlet but soon evolved into a fully-fledged band with Meg at the helm. Hand Habits‘ debut album, Wildly Idle (Humble Before The Void), was released by Woodsist Records in 2017. The LP was entirely self-produced and recorded in Meg’s home during spare moments when they weren’t touring. Wildly Idle (Humble Before The Void) is a lush, homespun collection of folk songs that found Meg in an exploratory state as an artist moving out on their own for the first time.

Two years later, Hand Habits has returned with their sophomore album, placeholder, due out March 1st on Saddle Creek. To make this album, Meg chose to work in a studio and bring in collaborators, entrusting them with what had previously been a very personal creative process. Over the course of 12 tracks, Meg emerges with new confidence as both a bandleader and singer. This album is as tender and immediate as anything Meg’s ever written, but it’s also intensely focused and refined, the work of a meticulous musician ready to share their singular vision with the world.

The name placeholder s tems from Meg’s fascination with the undefinable. Their songs serve as openings — carved-out spaces waiting to be endowed with meaning. As a lyricist, Meg is drawn to the in-between, and the songs on this new album primarily confront the ways in which certain experiences can serve as a stepping stone on the road to self-discovery. „A big aspect of my songwriting and the way I move through the world depends on my relationships with people. The songs on placeholder are about accountability and forgiveness,“ Meg says. „These are all real stories. I don’t fictionalize much.“
placeholder opens with the title track which on its surface is about a break-up. „Oh but I was just a placeholder/ A lesson to be learned,“ a scorned Meg sings over a lush bed of twangy guitars. The blame quickly shifts, though, as Meg begins to take on partial responsibility for the partnership’s collapse: „Oh but now you are just a placeholder/ Blinded by desire/ Oh now you’re just a placeholder for someone wasting time.“ Nothing in Meg’s world is as simple as black and white, right or wrong. An openness to nuance drives revelation in these songs.

„I value the closeness I share with my chosen family and I’m interested in queering relationships in my music. The relationships in my life expand my capacity to love because the lines between romance and friendship are often blurred,“ Meg explains. The bonds Meg addresses on placeholder extend beyond the bounds of romance. On „can’t calm down,“ Meg contemplates inherited trauma and questions whether it’s possible for someone to upend patterns of familial suffering. Relatedly, the closing track, „book on how to change part II,“ refers back to Meg’s mother, who died when they were young. It’s a simultaneously aching and reassuring song, buoyed in part by a saxophone and Meg’s pointed harmonies that bring levity to painful subject matter.

Wildfires raged in Southern California when Meg wrote the bulk of placeholder, and the anxiety that came with living in L.A. during that time exposes itself throughout these songs. „Fire is such a powerful symbol. It’s destructive, but it’s also generative,“ Meg says. References to that particular mindset abound on placeholder , most notably on the stand-out track „wildfire,“ but it creeps into other songs, too. Separating side A from side B is a MIDI interlude titled „heat,“ which finds Meg repeating, „Heat beyond the lines of passion,“ a line borrowed from Jeanette Winterson’s novel The Passion . Later, on the sweet and yearning „what lovers do,“ Meg likens desire to a glowing fire in a cadence that recalls Sharon Van Etten.

The flames that fuel placeholder occasionally billow out, but most often these songs are warm and comforting — a space listeners can return to again and again when the outside world starts to overwhelm. Meg describes these songs as their most direct to date, crafted with clear intention, and unlike Wildly Idle (Humble Before The Void) , placeholder doesn’t meander. „It’s less of a submerged landscape and more a concise series of thoughts,“ Meg explains. Instrumentally, placeholder can be situated alongside some of Meg’s folk-adjacent contemporaries like Angel Olsen or Big Thief, and the guitar work on this album proves that Meg continues to be one of the finest young musicians working today. placeholder is another entry in the Hand Habits songbook, but it’s also a valuable testament of our time. While placeholder inspires a sense of ease, simple questions rarely beget easy answers and Meg honors the indescribable joy and profound sorrow that comes with figuring things out, one step at a time.