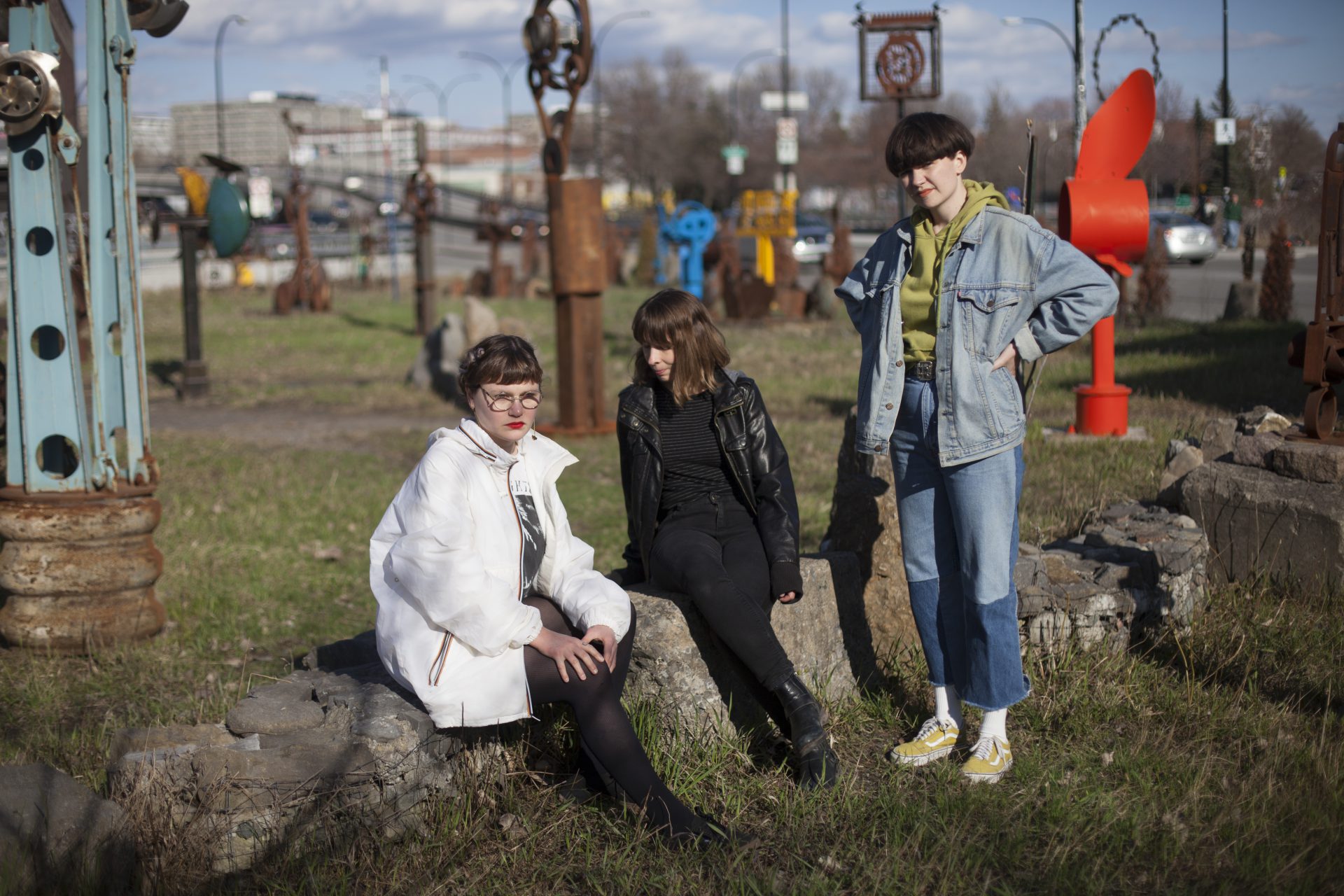 Lungbutter is the Montréal-based trio of Ky Brooks, Kaity Zozula, and Joni Sadler. The three friends have been mainstays of the vibrant experimental noise/rock community in the city for several years, having put in time as members of numerous bands including Femmaggots, Harsh Reality, Caymans, Nennen, Wreckage With Stick and Nag – as well as the Misery Loves Company tape label, La Plante collective, and the campus/community radio station CKUT.

Since forming in 2013, Lungbutter has played frequently in Montréal with sporadic excursions to DIY spaces around eastern North America. They self-released their debut recording Win Some / Lose Most in late 2013, followed by the acclaimed Extractor tape in the summer of 2014. They also released a split cassette with the trio Mands as part of Misery Loves Company’s series of split tapes that same year.

Lungbutter’s minimal guitar-drums-voice configuration is rooted in a visceral, ascetic punk idiom, refracted variously by free-noise, sludge rock and slowcore. Zozula marshals chaotic motifs of full-spectrum distorto-guitar, occupying a huge tonal space from low-end bass to paint-peeling treble, redolent of blown-out Melvins/Flipper fuzz and equally indebted to the frenetic dissonance of Keiji Haino or Merzbow. Song structures coalesce around guitar riffs of shifting tempos and the backbone of Sadler’s muscular, deliberate drums, while Brooks’ voice – at once mantric and declarative – deconstructs one brilliant lyrical theme after another, dancing along the knife-edge of dispassionate acerbic examination and wide-eyed cathartic revelation.

Following a year-long hiatus that found the members living in different cities, Lungbutter reconvened in 2015 and have been writing non-stop ever since. They have performed at festivals such as Halifax’s OBEY Convention, Suoni Per Il Popolo, and POP Montréal, and have opened for sonic trailblazers including Psychic TV, Perfect Pussy, and Yamantaka//Sonic Titan. In the fall of 2018, they brought several years’ worth of material into the legendary Hotel2Tango studio with producer and friend Radwan Ghazi Moumneh to record the material for their debut LP Honey. Capturing the immediacy and urgent energy of their live show, Honey is an essential offering from one of Montréal’s most vital bands.