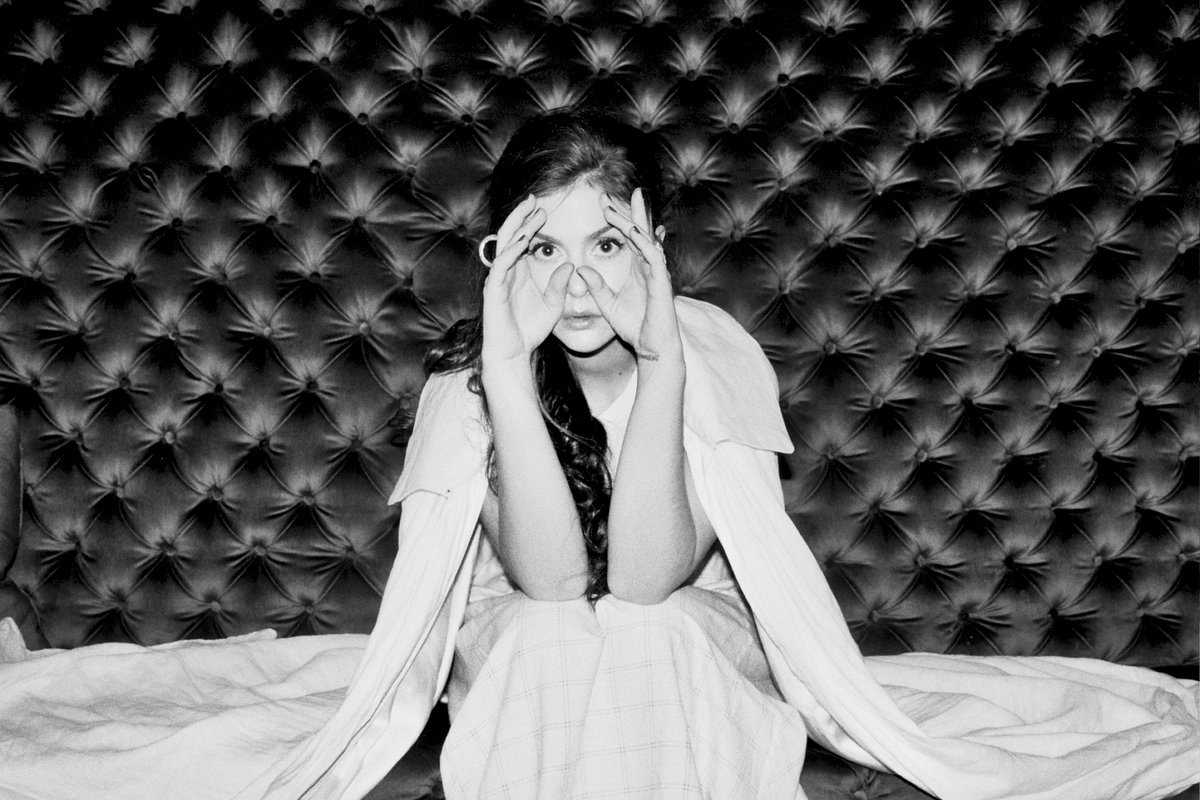 A family of spiritualists, writers and performers generations deep, a home haunted by legends of literature and music, personal upheaval and a sense of being unseated in time: these are the origins of singer, songwriter and multi-instrumentalist Vera Sola.

With an ethereal voice providing the foundation for a haunting body of song, her timeless sound and enthralling stage presence draws an unlikely connection between Vera Lynn and Vera Hall, the grande dame of British music hall and the Depression-era Alabamian singer of work-songs and spirituals.

As a child she played classical piano, later guitar and bass, learning more by instinct than instruction. An obsessive reader and writer, she’d forever written poetry and been fascinated by wordplay, falling in love at a young age with Russian literature and the work of Dylan Thomas, James Joyce and William Faulkner.
All this, along with a career as a stage and voice actor—combined with years of touring in Elvis Perkins’ band—would serve as a launching point for Vera Sola.But it wasn’t until early 2017, when she booked time at Native SoundStudio in St. Louis, that she began to experiment with the idea of recording her own material.

She hadn’t even shared her music with her closest friends and family, let alone recorded anything of her own. Even then, despite a lineage and lifetime of public performance, she felt a barrier blocking off her voice. Writing and playing came easily, but singing her own songs presented a different challenge. One she couldn’t explain and couldn’t quite shake. That would all change. Just before she was to travel to St. Louis, a series of life-altering events marked a radical shift that reframed her relationship to her music. With everything she’d known to be true now unraveled, along with it vanished the fear that had prevented her from translating the sound in her blood into song.
Entering the studio, she abandoned plans to bring in other musicians. She decided instead to make the album entirely alone, picking up instruments she had never played before, drawing from them the internal music that had for so long gone unexpressed. She recorded using anything at hand.

Bones and breaking glass, chains and filing cabinets, hammers and two-by-fours. Countless moving parts meticulously layered and arranged.And that old fear now cast off brought new abilities, a change in her voice, including an otherworldly vibrato. She’d become a vessel, capable of channeling at once her innermost self and yet something entirely beyond her.What emerged from the sessions was her debut album, SHADES, a collection of ten finely-honed and immaculately-rendered ballads.

Poems and stories delivered in a mannered but casually dismissive style–-full of sorrow, yet arch and wry.Songs of the present that conjure the past. Accounts of women and their ghosts: echoes of memories that just won’t quit; of relationships over or current but fleeting; of the extinction of species; the violent capture of a feminine landscape and the spirits that stick around long after; messengers from the other side.